Dating and courtship in the age of emojis and Tinder can absolutely be a nightmare. But imagine how life must have been for the victorians, when members of the respectable classes couldn't even ask out the object of their desire for a cup of coffee. Instead, the hopeful victorian suitor had to resort to a very specific code to win over his lady love- The language of flowers. 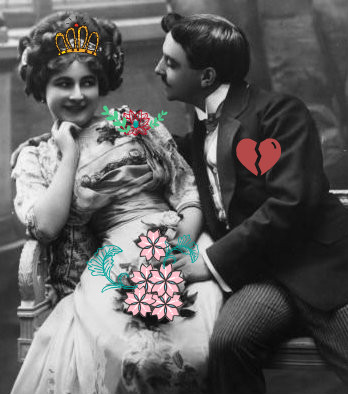 The vicotorian era in England (between 1837 and 1901), named after the British queen Victoria, is widely associated with social cruelty, heavy industry and inhumane neglect of the working classes; greatly due to the novels or Charles Dicknes. But more than anything, it seems to have been an era of what today would be considered mind- boggling hypocrisy on the part of the upper and aristocratic classes: On the one hand, words like "chest" or even "limbs" would never have come up in a polite drawing room conversation. On the other hand, orgies became a favorite pastime and prostitution rates are still among the highest in recorded history.

It's not surprising therefore, that courtship also had to be conducted under strict regulations. After all, a young man from a respectable family couldn't exactly walk up to the girl of his dreams and say "hi". Instead, he had to make his intentions clear by using a type of victorian "Mors Code"- a bouquet of flowers. Flowers were such a staple of communication between the sexes that each flower had a widely understood meaning of its own, so a successfully put together bouquet could represent an entire "pick up" line. One combination of flowers could mean "your eyes mesmerize me", while another could say "sorry, I'm married." In an attempt to help the confused suitor send his lady the right message and keep him from making a colossal mess of it, flower dictionaries were published by the thousands during that period, detailing the secret meaning of each flower. 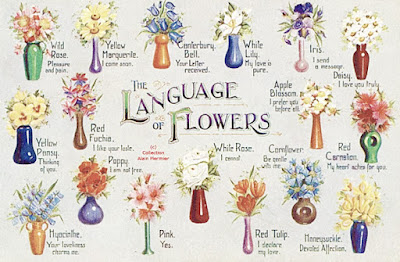 The Victorian "Language of Flowers" dictionary- a must-have for any hopeful suitor.

The dictionaries offered a coherent glossory of all available flower types and their acceptable social meaning. For instance: Bluebells meant that he admired your kindness; violets meant that your humble nature and humility were really turning him on; tulips were often used to say that he liked you; Jasmin said "you are charming"; while red roses were a clear sign that, well... he's itching for you in a body part that he dare not speak of. 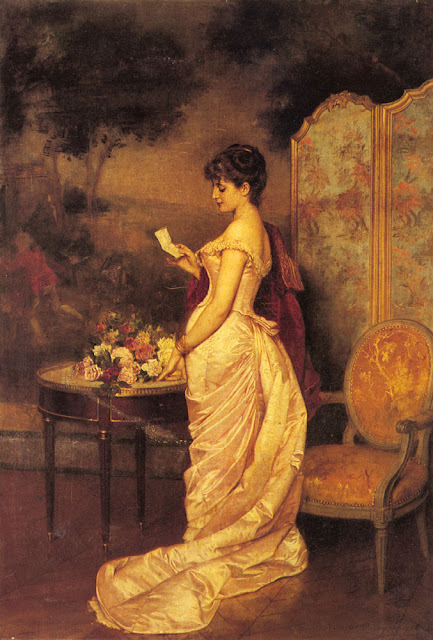 Judging by the flowers on her end table, that is one steamy letter that she'd received...

But not all roses smell as sweet, and not every flower was a declareation of fondness. Yes, dear maiden, if you received chrystanthemums, he was telling you "let's be friends". If he sent you cyclaments, he was trying to break up with you; and if he was so rude as to send you orange lilies, he purely hated you! (as opposed to white lilies which meant that you are a rare beauty- what a difference a shade makes!) You can definitely say that flowers were the emojies of the 19th century. 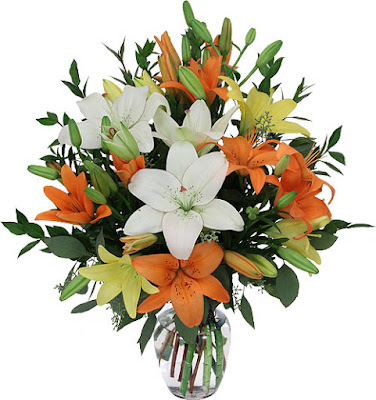 But the one who transformed the victorian floral code into a truly sexy phenomenon was French novelist Alexander Dumas fils ("junior") with his renowned novel "The Lady with the Camellias" (La Dame aux Camellias). In 1848, Dumas junior- son of the man who introduced the world to "The Three Musketeers", published his sensual novel, the main character in which is a courtesan (basically a high-end escort for the aristocracy) named Marguerite Gautier who carried a bouquet of camellias wherever she went. Since camellias were known to be the sign for flirtation, Marguerite's bouguet was her way of saying "How you doin'?" to every wealthy gentelmen who crossed her path.

Rumer had it that Marguerite's character was actually based on a real life courtesan- a woman named Marie Duplessis who was very famous in the Parisian upper class circles, and who was said to have been the mistress of the author himself. 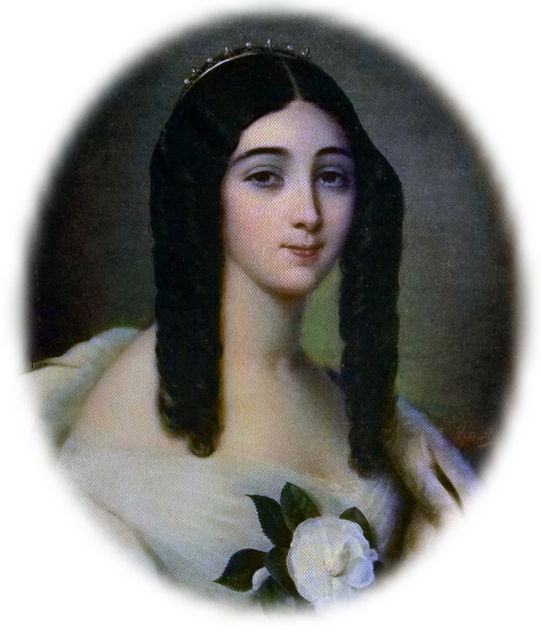 Portrait of Marie Duplessis- the woman, the mistress and the inpiration for "The Lady with the Camellias"

Even though the French were much more liberal than the British when it came to expressing their emotions and secret urges (they were French, after all), the heroine of the novel was still constrained by social conventions, and so she only had her camellias as a business card for attracting potential customers. An amazing example of that can be seen in the first chapter of the novel, where she is described carrying her bouquet of white camellias as she  attented the opera every night (the place where the creme de la creme of society would go to see and be seen). But then it goes on to say that for about three or four days out of the month, Marguerite would appear at the opera house carrying red camellias instead. A clever way of telling you're stuffy aristocratic clients that you are...shall we say "closed for business."

Unfortunately,  Alexander Dumas junior was a typical 19th century man. And as such, he couldn't allow this sinner of a woman to have her happy ending. So the novel ends with Marguerite's tragic deeath as a result of consumption (and according to some critics, that may have been a euphemism for a sexually transmitted disease). Nevertheless, the passion and rebellious nature of the novel made it so popular that in 1853 Italian composer Giuseppe Verdi adapted it to his famous opera "La Traviata" (literally: "Fallen woman" in Italian), and in 1915 it became a widely successful silent film titled "Cameille". The film itself was remade in 1936 with Greta Garbo starring in the role of Marguerite Gautier; a role which earned her an Oscar. 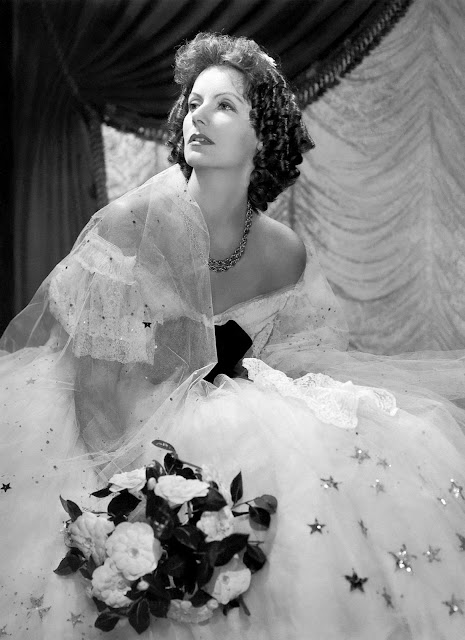 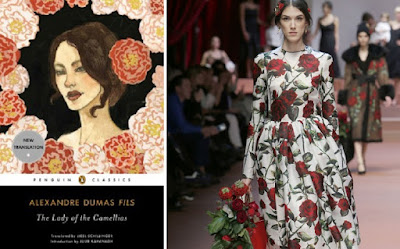 Modern day Marguerite: On the left- the cover of Aleander Dumas' classic novel. On the right- a model wearing Dolce & Gabbana's "Rose Dress" in their fall/winter 2016 show.

So on this Valentine's day when you want to convey a message to that special someone or if you are just fed up with deciphering winking smiley faces in a text message, why don't you pay a visit to your neighborhood florist and try to find a flower that says: "Want to go for a drink?"
פורסם על ידי אריאלה ב- 4:35 אין תגובות: